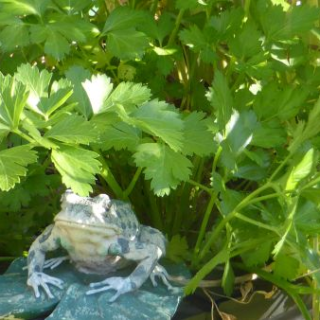 The street art scene in the last three years since I visited has undergone some changes.  It looks like many of the seasoned writers and mixed media artists have vacated the main CBD laneways.

With the exception of two tribute murals to the late great Malcolm Young, I had trouble finding new works in the way of stencils, pasteups or any of the usual, quirky writers and artists.

There were reports in the media last year, of Mayor Doyle attempting to move on the homeless people from the laneways as they are a tourist attraction, and apparently we are offended by the presence of homeless people.  I think we tourists know full well there is no art without the participation of the artists, including those who are homeless.

As for the state of the laneways, it’s easy enough to run a street sweeper/cleaner through every day, to get rid of the overwhelming stench of urine and worse.  Union Lane was particularly bad this year, but still looked beautiful.

AC/DC Lane had more of the paste ups and stencils but the Swoon artwork has been painted over, and many of the works looked old.  Something is discouraging new and established artists from participating.  Is it a protest over the council policies or something else?

On the subject of homelessness, in the past we’ve seen some people sleeping rough in the daytime on the streets, but nowhere near the number of people we came across this year.  According to reports, charity services to people in need have been overwhelmed and fewer of the general public are donating either cash or goods.

I don’t carry cash anymore except for parking meters, and this is the difference between going hungry and a meal to many people.

Edit.  A footnote to this post, well known priest and humanitarian, Father Bob Maguire, runs a Foundation in Melbourne’s Albert Park.  If you would like to support his vision to end homelessness and disadvantage, please read more at FatherBobs.com

“Australian history does not read like history, but the most beautiful lies.” Mark Twain wrote and he knew how to stretch the truth.

There are so many lies; Australians aren’t racist but yet have managed to commit genocide and have racism in it constitution. The bullshit piles up so fast you’d be buried alive if you only listened to Australians.

“Indeed, what we think of as Australia is a species of fiction – as, in essence, is any nation. Hoaxes lie at the foundation of the European discovery and settlement…

With yet another artist passing away in their prime, https://urbanwallart.wordpress.com, I thought it was time to write about the hazards of being an artist, that is, the medium*.

There is documentation of many historical artists who died from contact with their materials, including a more recent study from the 1940’s to 60’s Health Hazards Manual for Artists.  Many contemporary artist materials are dangerous and the artist is in constant close contact with often not enough protective equipment or safety in their overall set up.  Familiarity can lead to a casual attitude with safety in using materials, or the artist may just not be aware of the hazard. END_OF_DOCUMENT_TOKEN_TO_BE_REPLACED

Living in outer suburbia, street art is restricted to tags which usually have a short life before being removed by council workers or volunteers.  We had the luxury of a beautiful stencil on a fence in our suburb earlier in the year for all of two weeks before it was painted over back to boring fence.  I think this is an issue for children growing up in an art vacuum who are separated by distance from the city areas where they have lots of exposure to architecture, art galleries, street art in all its forms and commissioned public art including sculptures.

In outer suburbia, my new favourite street art is pavement etching.  In an otherwise barren field of mark making, it’s based on seeing a narrow window of opportunity and seizing it, as the concrete quickly dries to the point of no return.

The area where I grew up has lots of new subdivisions of the old large blocks and with every courtyard home comes a new pavement.   Practise with tags on fences, dumpster bins and stobie poles must pay off when it comes to concrete etching, as the writing looks effortless.  Writing into a pavement is a brief opportunity in time, with a one-off chance to get it right, and the speed of going unobserved, against the longevity of the final piece.  The house I grew up in was bulldozed this year, and my brother managed to save a chunk of concrete from the back garden, with his footprints as a baby pressed into it 53 years ago.

Addendum:  Since writing this post several pieces of the etched concrete were replaced by council workers